Skip to content
Yoshua Bengio
Université de Montréal,
System 2 Deep Learning: Higher-Level Cognition, Agency, Out-of-Distribution Generalization and Causality
Abstract
Humans are very good at out-of-distribution generalization (at least compared to current AI systems) and it would be good to understand some of the inductive biases they may exploit and test these theories by evaluating how they can be translated into successful ML architectures, training frameworks and experiments. Natural language and experimental results in cognitive science and neuroscience provide a wealth of clues about the system 2 part of how humans understand the world and reason about it. In this talk, I will discuss several of these hypothesized inductive biases, many of which exploit notions in causality and connect the discovery of abstractions in representation learning (the perception and interpretation part) and in reinforcement learning (the abstract actions). Systematic generalization is hypothesized to arise from an efficient factorization of knowledge into recomposable pieces corresponding to reusable factors (in a directed factor graph formulation). This is related yet different in many ways from symbolic AI (and this can be seen in the errors and limitations of reasoning in humans, as well as in our ability to learn to do this at scale, with distributed representations and efficient search). Sparsity of the causal graph and locality of interventions by agents — which can be observed in the structure of sentences — have the potential to considerably reduce the computational complexity of both inference (including planning) and learning, which may be a reason for which evolution may have incorporated this “consciousness” prior. Although this talk will rest on a series of recent papers on these topics (e.g., on learning causal and/or modular structure with deep learning), much of it will be forward-facing and suggest open research questions in the hope of stimulating novel investigations and collaborations.
Short Bio
Recognized worldwide as one of the leading experts in artificial intelligence, Yoshua Bengio is most known for his pioneering work in deep learning, earning him the 2018 A.M. Turing Award, “the Nobel Prize of Computing,” with Geoffrey Hinton and Yann LeCun. He is a Full Professor at Université de Montréal, and the Founder and Scientific Director of Mila – Quebec AI Institute. He co-directs the CIFAR Learning in Machines & Brains program as Senior Fellow and acts as Scientific Director of IVADO. In 2018, he collected the largest number of new citations in the world for a computer scientist and in 2019 was awarded the prestigious Killam Prize. He is a Fellow of both the Royal Society of London and Canada and Officer of the Order of Canada. Concerned about the social impact of AI and the objective that AI benefits all, he actively contributed to the Montreal Declaration for the Responsible Development of Artificial Intelligence. 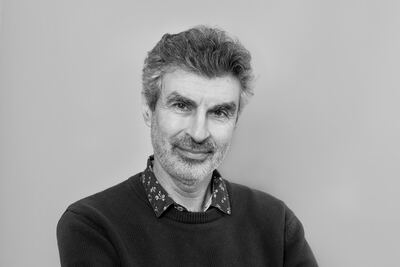 Edith Elkind
Short Bio
Edith Elkind is a Professor of Computer Science at University of Oxford. She obtained her PhD from Princeton in 2005, and has worked in the UK, Israel, and Singapore before joining Oxford in 2013. She works in algorithmic game theory, with a focus on algorithms for collective decision making and coalition formation. Edith has published over 100 papers in leading AI conferences and journals, and has served as a program chair of WINE, AAMAS, ACM EC and COMSOC; she will serve as a program chair of IJCAI in 2023 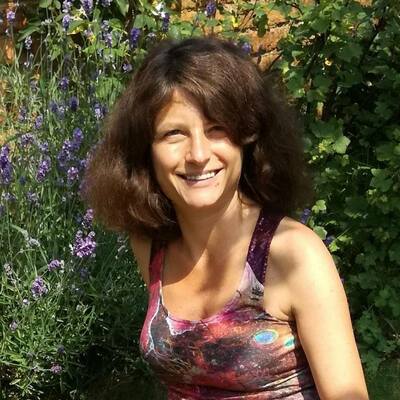 Sony believes that AI and Robotics technology can activate and augment human capabilities and abilities. In 1999, Sony introduced AIBO to the consumer market. This was a four-legged autonomous robot with pseudo instincts and emotions that could interact with people like pets. The responses of the non-verbal robot was interpreted by humans with some degrees of freedom and it was this freedom of the interpretation that contributed to the smoothness of the interactions.

Then in 2010, Sony developed a robot prototype called Rudy, which focused on more specifically physical interaction between humans and robots This feature was achieved by a special force-controlled actuator (VA) and a method called generalized inverse dynamics (GID) calculation, which enabled Rudy to physically interact with objects and humans in the real world safely. For example, it was able to assist a physically handicapped patient to control Rudy with a simple GUI to fetch a towel on a shelf. This was an example of augmenting human’s physical capability.

The VA and GID was then also applied for bilateral-controlled manipulator to augment the human hand’s skills and capability. Using micro-end effector equipped with dedicated force sensors, we achieved to augment and improve the accuracy of the force sensitivity and position of the human hand by 10 times..

Now as we consider the AI and Robotics in the field of Gastronomy, we are exploring the possibilities of augmenting the chef’s imagination and creativity for new recipe generation, and the Chef’s skills in the actual cooking process.

In this talk, I will explain the activation and augmentation of these various human abilities, and the behavior control architecture behind them.

Masahiro Fujita graduated from Waseda University in 1981 and received a Master’s degree (MSEE) from University of California Irvine in 1989. In 1981, he joined Sony Corporation and developed the entertainment robot AIBO, which is fully autonomous quadruped dog-like robot, and the small humanoid robot QRIO, which can dynamically walk, run, dance, sing, and talk as entertainment purpose. Afterwards, he studied a new approach to realize self-development intelligence focusing on embodied motion dynamics called Intelligence Dynamics, where AI system learns predictors and controllers using input and predicted input, so there is no labeled data necessary, and explore actions to goal state states set by flow theory based approach. While working on Intelligence Dynamics, he studied force control robotics for remote-operated robots with physical contact capability safely, and for bilateral manipulator augmenting human hand skills. In 2018, he started some new activities related to AI and Robotics such as AI Ethics and Gastronomy project. He led to release Sony Group AI Ethics Guidelines in 2018 and to establish Sony Group AI Ethics Committee in 2019, and he is the head of the Secretariate. He is now VP, and Senior Chief Research Researcher of Sony Group Corp., and Director of Sony AI Inc. 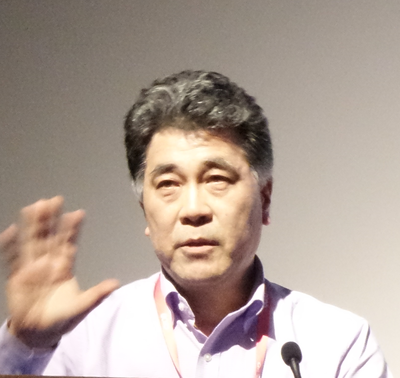 Dr. Sameena Shah is a Managing Director in the AI Research organization at J.P. Morgan. She is a highly accomplished technology leader with over 20 years of educational and industry experience in engineering, AI, and leading development teams that created top AI technologies in the world for financial, news, risk and legal businesses.

Previously, Sameena was Managing Director, Head of Data Science at S&P Global Ratings where she led the firm’s strategy and development for Augmented Intelligence. Prior to that, Sameena was Director of Research at Thomson Reuters, where along with her team, she built award winning AI systems that resulted in significant business growth and operational efficiencies. Sameena is also the Founder and CEO of Aylan, and has worked at Yahoo! Research, a NYC based hedge fund, an International hedge fund, and a global startup.

Sameena has a PhD in Distributed Machine Learning and a Masters in Computer Science from IIT Delhi. She is the winner of the top PhD in the country award, Cloudera top AI/ML application award, several best paper awards and recognitions. She has contributed more than 50 publications, and 30 patents. 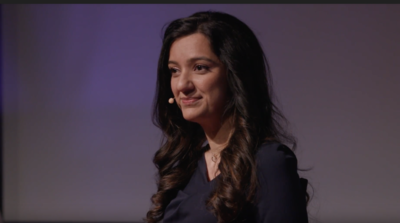 Michael Thielscher
UNSW Sydney
Title TBD
Short Bio
Michael Thielscher is a professor of computer science at UNSW Sydney, where he is also associated with the iCinema Research Centre. He received his Ph.D. and Higher Doctorate (Habilitation) in Computer Science from Darmstadt University in Germany. He has held the positions of associate professor at Dresden University and visiting professor at Toulouse 1 Capitole University. His Habilitation thesis was honoured with the Award for Research Excellence by the alumni of Darmstadt University; he co-authored the system Fluxplayer, the 2006 World Champion at the AAAI General Game Playing Competition; and in 2009 he won a Future Fellowship Award from the Australian Research Council. His research focuses mainly on general problem-solving AI, the foundations of knowledge representation, and the application of knowledge representation and reasoning both to robotics as well as in arts and culture. He has been program chair for AI-12, KI-14, KR-18, general chair for KR-20, and he is the current President of KR Inc. 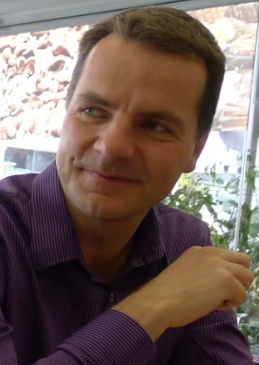 Zongben Xu
Xi’an Jiaotong University，& Pazhou Lab, Guangzhou
On Presuppositions of Machine Learning: A Best-fitting Theory
Abstract
Machine learning have been applied with a set of prerequisite or hypotheses, the optimal setting of which is a `the chicken or the egg’ problem. Those hypotheses include in particular (i) the Large Capacity Hypothesis on hypothetical space, (ii) the Independence Hypothesis on loss function, (iii) the Completeness Hypothesis on training data, (iv) the Prior-Determine- Regularizer Hypothesis on regularization terms, and (v) the Euclidean Hypothesis on analysis framework. We analyze the role, effect and limitations of those hypotheses in this talk, and propose a systematic way, could named as a best-fitting theory, to break through each of the hypotheses. More specifically, we propose the model driven deep learning approach to burst the Large Capacity Hypothesis, develop a noise modeling principle to breach the Independence Hypothesis, suggest the axiomatic curriculum/self- paced learning approach for the Completeness Hypothesis, the implicit regularization method for the Prior-Determine-Regularizer Hypothesis, and Banach space geometry for the Euclidean Hypothesis. In each case, we show the best-fitting strategy, substantiate the value and outcome of the breaking though. We show also that the continuing effort for bursting the hypotheses of ML is needed, which is then opening new hot directions of ML research.
Short Bio
Zong-Ben Xu，received PhD degree in Mathematics in 1987 from Xi`an Jiaotong University, China. In 1998, he was a postdoctoral Research Fellow in the Department of Mathematics, The University of Strathclyde. He worked as a Research Fellow in the Department of Computer Science and Engineering from 1992 to 1994,  and 1996 to 1997, at The Chinese University of Hong Kong; a visiting professor in the University of Essex in 2001, and Napoli University in 2002. He has been with the School of Mathematics and Statistics, Xi`an Jiaotong University since 1982, where he served as a professor of mathematics and computer science, Dean of Sciences (1997-2003), VP of the university (2003-2014) and Chief Scientist of National Basic Research Program of China (973 Project,2006-2016). He is currently the director of National Lab for Big Data Analytics, the Dean of Xi’an Academy of Mathematics and Mathematical Technologies, and the Director of PaZhou Lab, Guangzhou）. Professor Xu makes several important services for government and professional societies currently, including Consultant member of National Big Data Development Commission, the New Generation AI Development Commission and the National Natural Science Foundation of China. He is VP of Industrial and Applied Mathematics Society of China (CSIAM), the director of Big Data and AI Committee of CSIAM. He is also the co- Editor-in-chief of Journal of Big Data Analytics and Textbooks Series on Data Science and Big Data Technology (Higher Education Press of China). Professor Xu has published over 280 academic papers on nonlinear functional analysis, optimization, machine learning and big data research, most of which are in international journals. His current research interests include mathematical theory and algorithms for big data Analysis, machine learning and data Science. Professor Xu has gotten many academic awards, say, the National Natural Science Award (2007), the National Scientific and Technological Advance Award (2011) of China，CSIAM Su Buchin Applied Mathematics Award (2008) and Tan Kah Kee Science Award ( in Information Technology Science, 2018) . He also get the Richard Price Award (Data Science) in 2018 from International Academy of Information Technology and Quantitative Management (IAITQM). He delivered a 45 minute talk at the International Congress of Mathematicians in 2010 upon the invitation of the congress committee. He was elected as a member of Chinese Academy of Science in 2011. 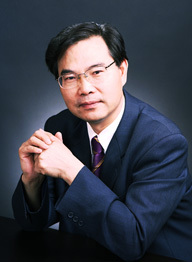